Construction feats awe the world. Why?

Here’s a quick list of the top 5 construction feats that have made the world stand up and take notice. 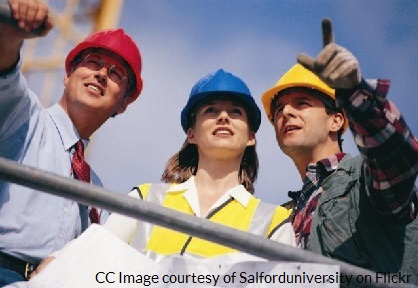 The rest of the world may have forgotten the Panama Canal, but the shipping world hasn’t. As much as 815,000 ships use the Panama Canal every year and it cuts short their traveling time significantly. The French started, but due to massive problems, they abandoned it. It was the Americans who took up the project and completed it in the early 1900s.

Millau Viaduct is the tallest bridge in the world. Built by the French, it is a perfect combination of style and engineering.

If you ever visit Southern France, you won’t regret driving through it.

The Hadron Collider will continue to be an epic piece of technology not only because of its discoveries, but the construction feat it achieved.

The Hoover Dam forever changed how a dam was constructed. It was built in the 1930s during the worst years of the Depression.

Each of these is an amazing feat that brings the world together in awe and admiration.

SOHODOX is giving 25% discount on every license to anyone working in the construction industry.
The discount offer is on the table only till 15 November 2014!

Here’s what you can do to avail of the offer…

To avail the offer, send an email to [email protected] or click here

If you have never used SOHODOX and are wondering if it will fit in your construction office, you can download and install it on a trial basis. The trial lasts for 15 days after which you have to buy the license with the 25% discount.

Facts About Paper That Will Make You Switch to a Paperless Office
December 30, 2022

This website uses cookies to improve your experience while you navigate through the website. Out of these, the cookies that are categorized as necessary are stored on your browser as they are essential for the working of basic functionalities of the website. We also use third-party cookies that help us analyze and understand how you use this website. These cookies will be stored in your browser only with your consent. You also have the option to opt-out of these cookies. But opting out of some of these cookies may affect your browsing experience.
Necessary Always Enabled
Necessary cookies are absolutely essential for the website to function properly. This category only includes cookies that ensures basic functionalities and security features of the website. These cookies do not store any personal information.
Non-necessary
Any cookies that may not be particularly necessary for the website to function and is used specifically to collect user personal data via analytics, ads, other embedded contents are termed as non-necessary cookies. It is mandatory to procure user consent prior to running these cookies on your website.
SAVE & ACCEPT